I love Creative Chat LIVE streams because I get to share my favorite people with YOU! During this chat, Kiala Givehand, creative extraordinaire, told us how she began making YouTube videos among many other interesting tidbits and facts. If you haven’t yet watched the Creative Chat, grab something to drink, click the video above and enjoy a fun couple of hours. And, keep reading. Giveaway Below!! 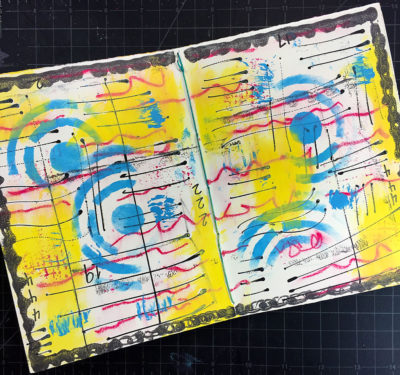 Kiala told us about two Inspiration Decks she's created that are currently available for pre-order. During this episode of Drama-free Friday we used several sample cards to challenge and inspire us. Kiala used a handmade art journal (Kiala's journal pages at right) while I began with a sheet of 11” x 14” Strathmore Mixed Media Series 400 paper. (scroll down to see my page.)

I began by writing the word PLAY in several different colors of my favorite permanent Faber-Castell Big Brush Pens. Next, I randomly stamped with the Solar System set by Seth Apter and Cobalt Archival Ink. The next card called for adding numbers and I chose the closest thing to me – Tim Holtz Remnant Rubs (aka rub-ons).

One of the most challenging things for me to do is to draw with my non-dominant hand and of course, that was the next card! I grabbed some Crayola Twistable Crayons and drew silly faces. Yikes! 😉

Next up, paint through a stencil. A piece of Punchinella was close by and some Dazzling Metallics Moss Pearl paint, so that’s what I chose. Gotta love Punchinella on anything! After that I used a different stencil (The Crafter’s Workshop small Circle Grid) with Folkart Metallic Amethyst and my finger to add even more stenciling around the page.

Kiala made a comment about the Inspiration Cards, “The cards are to help you, not frustrate you!, so if one doesn't work for you, skip it.”

I combined the next 3 cards in one. The first “Add acrylic paint”. Next, “Scribble wildly”. Finally, “Add a color you typically do not use.” I grabbed a Fineline Bottle filled with my hoarded Golden Fluid Acrylic Cobalt Teal with a little water and Glazing Liquid. I typically don’t use it because I’m busy hoarding it since Golden no longer makes this exact formula. When it’s in a Fineline Bottle, it’s easy to scribble and not use too much. So, I accomplished all 3 cards at one time and I loved the result!

The final card suggested adding a border or lines, so I grabbed another Fineline Bottle filled with Createx Black Airbrush Paint and added a scribbly border around the page.

Below you can see how my page looked after the LIVE stream was finished. Later, I added a few more Remnant Rubs before painting over everything with with a very thin coat of Martha Stewart Soft Gel Watercolor Acrylic Craft Paints. I chose the colors Meyer Lemon, Pool, and Rose Pink. The added color gave the entire sheet a lot more depth without covering the details.

Once the sheet was fully dry, I cut it into 6 card fronts. (You know, the great part about creating a paper like this is that once it's cut up, it always looks good.) The smaller pieces became 3 bookmarks. Because the Mixed Media Paper is so sturdy, I used Scor-Tape to attach the card front to a Simply Solids Pre-folded Card. I have to add words to any card, so I pulled out some die cuts and Small Talk and Big Chat Stickers. A few doodles with Gelly Roll Pens and it was time to decide, “They’re finished!” Otherwise, I would continue adding stuff for the next week. 🙂

If you’d like to pre-order one or both of the Inspiration Card Decks, don’t wait because Kiala said this will be your last chance until next year. Kiala also generously offered to give away one Write Now Inspiration Deck and one 2017 Mixed Media Inspiration Deck to 2 lucky winners! 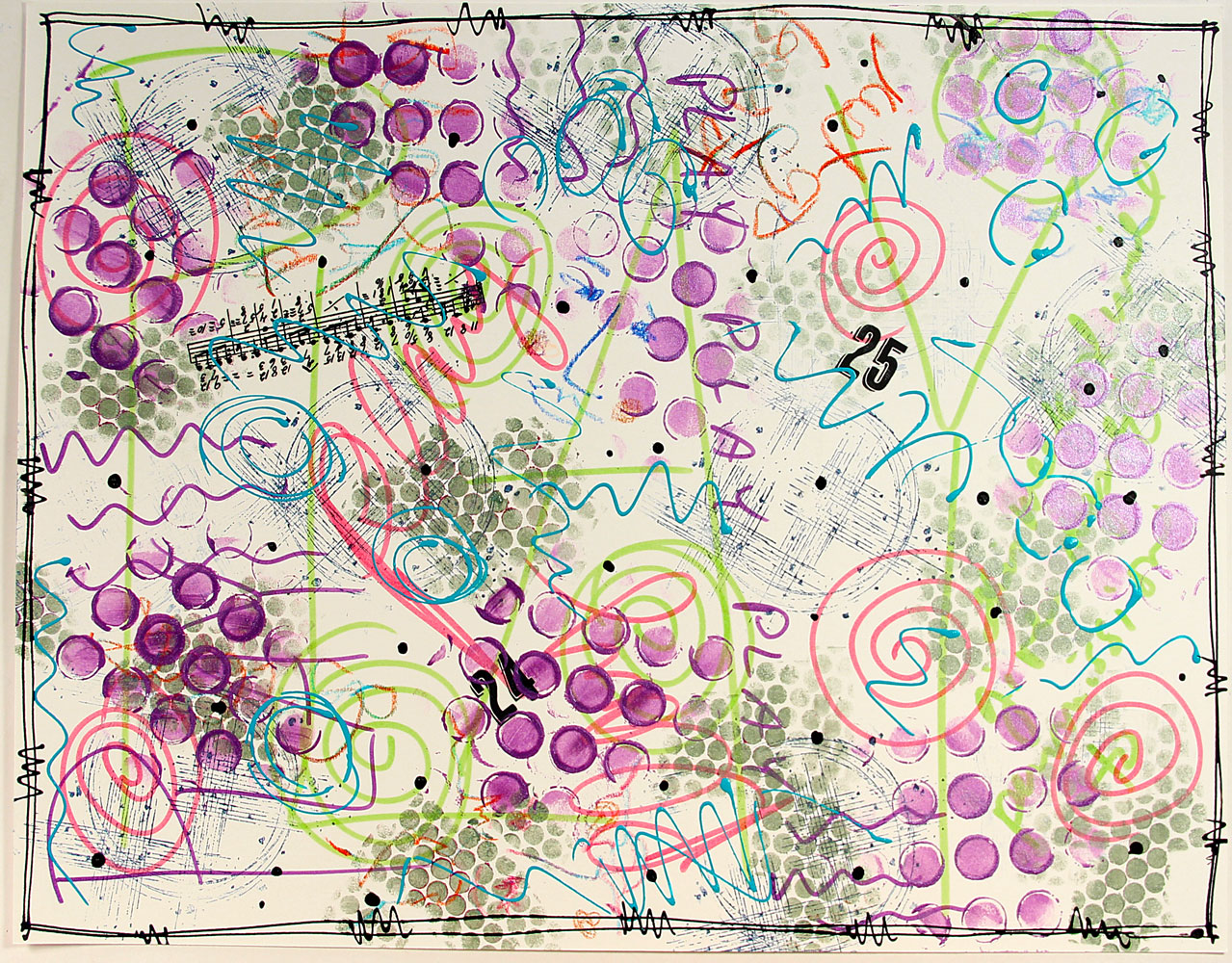 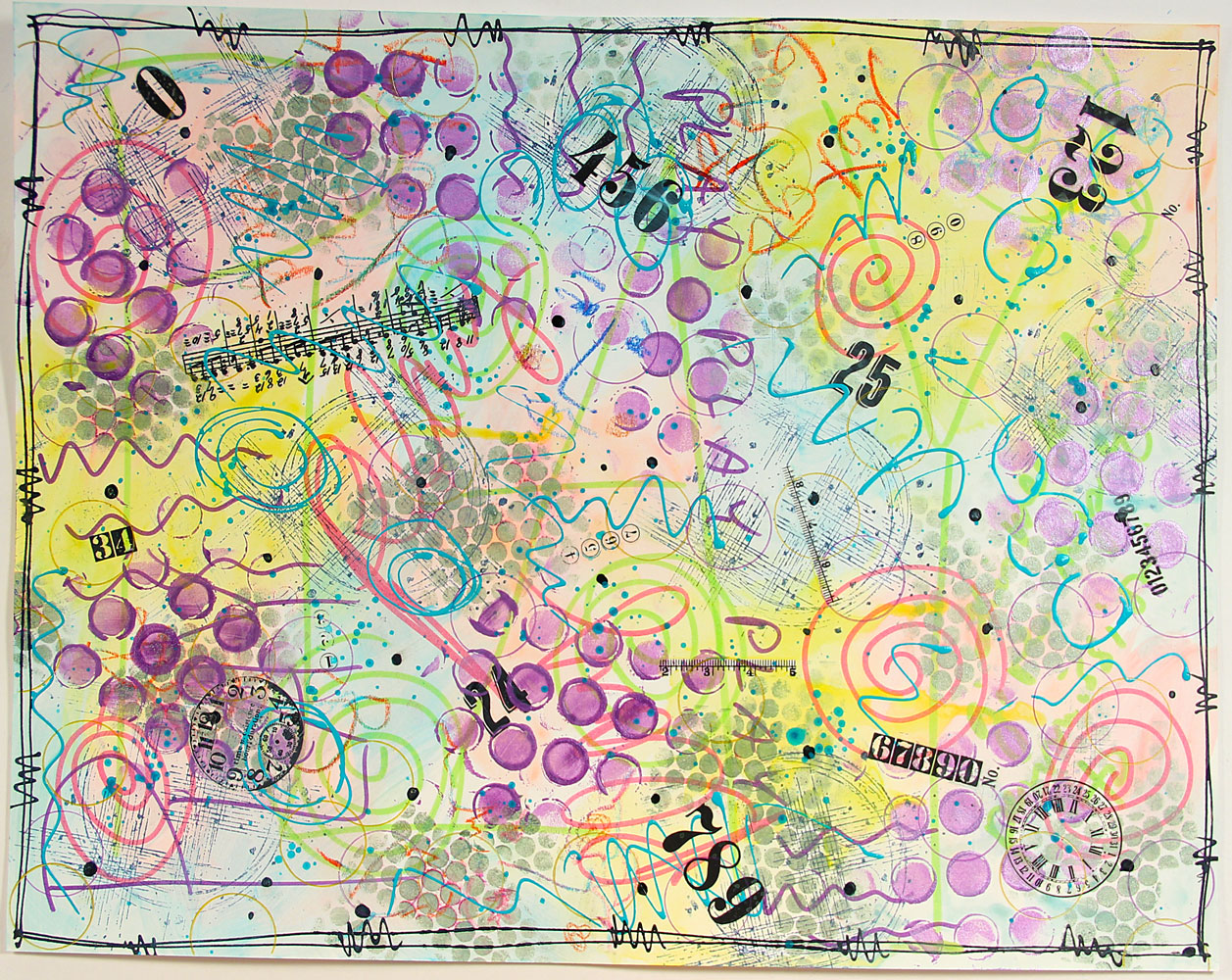 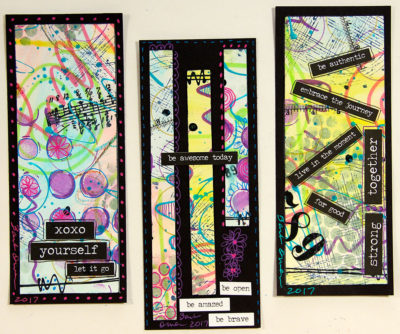 Be sure to join me next Drama-free Friday, October 6, at 2pm Eastern when I'll announce the Give Away winners!

This week I will give myself permission to. . . (think about this before you begin to create)
1. Draw or doodle a series of lines.
2. Stamp the same image multiple times. Try rotating the page after each impression.
3. Add numbers.
4. Write or draw something with your non-dominant hand.
5. Add paint through a stencil.
6. Rotate the surface and repeat the previous card.
7. Add acrylic paint.
8. Scribble wildly.
9. Add a color you typically do not use.
10. Doodle a border around the edge.

Remember to Get Creative today! It's Easy!!

PS: Share your creations with me, too, @BarbOwenDesigns. I love to share your art with my followers!

The Key to Life is Balance

Art Journaling, Flowers and My Dad 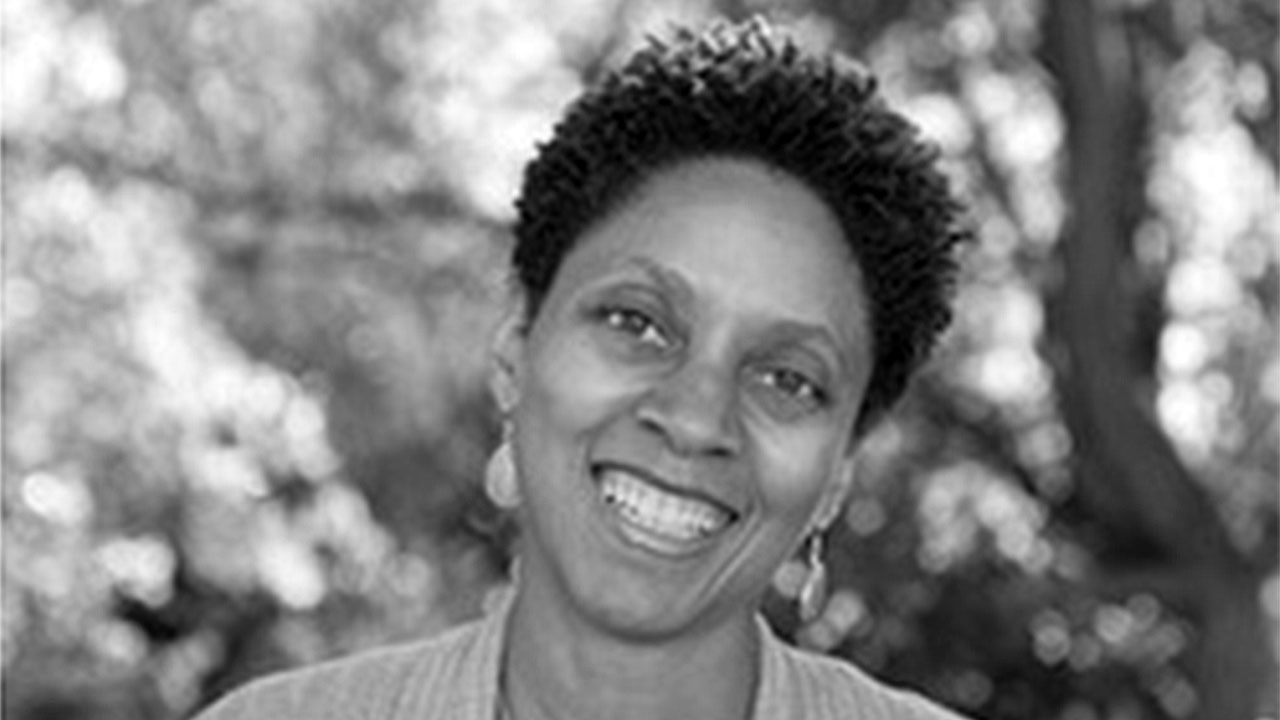