Chance is a 13-yr-old crazy, lovable Blue Point Siamese who came to live with us about 8 years ago. He shares his home (my studio space) with Charlie, a 14-yr-old Chocolate Point Siamese. They are rarely far apart, much to Charlie’s chagrin at times. These two boys lived with their original owner who decided that they might be better in a different living situation since she traveled quite a lot. For the first time in years, we were without a house cat and hadn’t found the right one until someone sent me photos of these two silly boys. 🙂

They arrived in a huge dog crate with all their jammies and paperwork. According to the papers, their names were Frank and George. Aaaaccckkkk! Who could do that to these beauties? (In time, I would realize that those names probably fit them quite well!) Our adjustment period lasted a few minutes for Charlie and a few weeks for Chance, who remained nameless for quite a while. Charlie was always just a good ole boy and his name fit from Day 1.

Chance hid for days in places that I didn’t know existed in my studio! In the end, he decided to take a chance on me and came out of hiding and was the first one to jump into my lap. The rest is history and aside from having to go to the vet to have most of their teeth pulled, both have been my constant companions and our Drama-free Friday mascots.

The time seemed right to immortalize Chance in my Art Journal. I began by looking through dozens of pictures on my phone and computer. After choosing a couple of them as references, I created a simple line drawing. The page background is a single layer of paper napkin. Chance is painted with acrylic craft paints and is meant to be a representation of his silly personality rather than a realistic rendition. I love the way he showed up and I have it on good authority that he approves! The quotes used throughout this Art Journal rarely have anything to do with the artwork. Mostly, I just liked them or needed a place to put them. 😉

Be sure to join me each Friday at 2 pm Eastern for the next episode of Drama-free Friday.

Remember to Get Creative Today!

PS – While you’re here, pick up a deck of Mandala Madness Inspiration Cards. They’re the perfect cards to inspire you and your art and join HowToGetCreative.com, too. You’ll be glad you did! 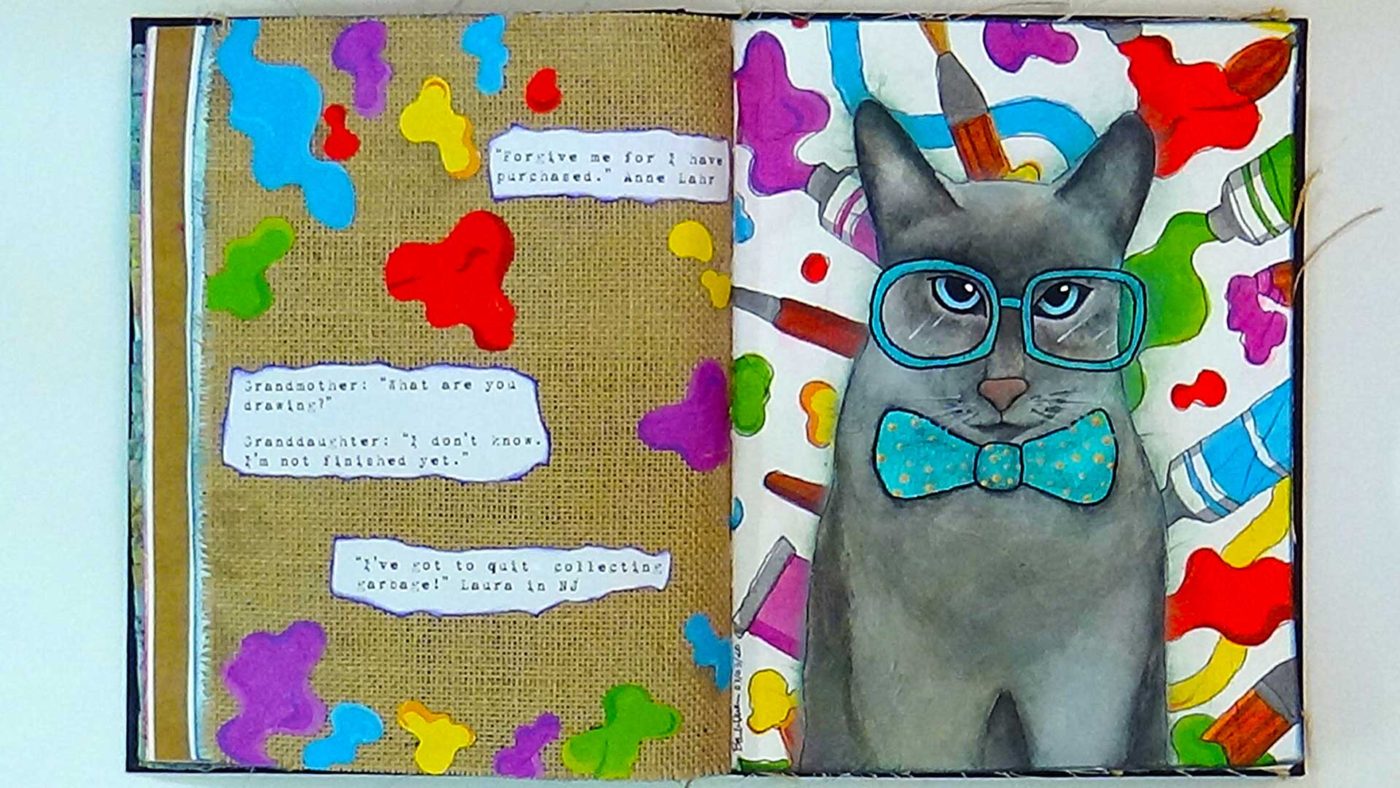 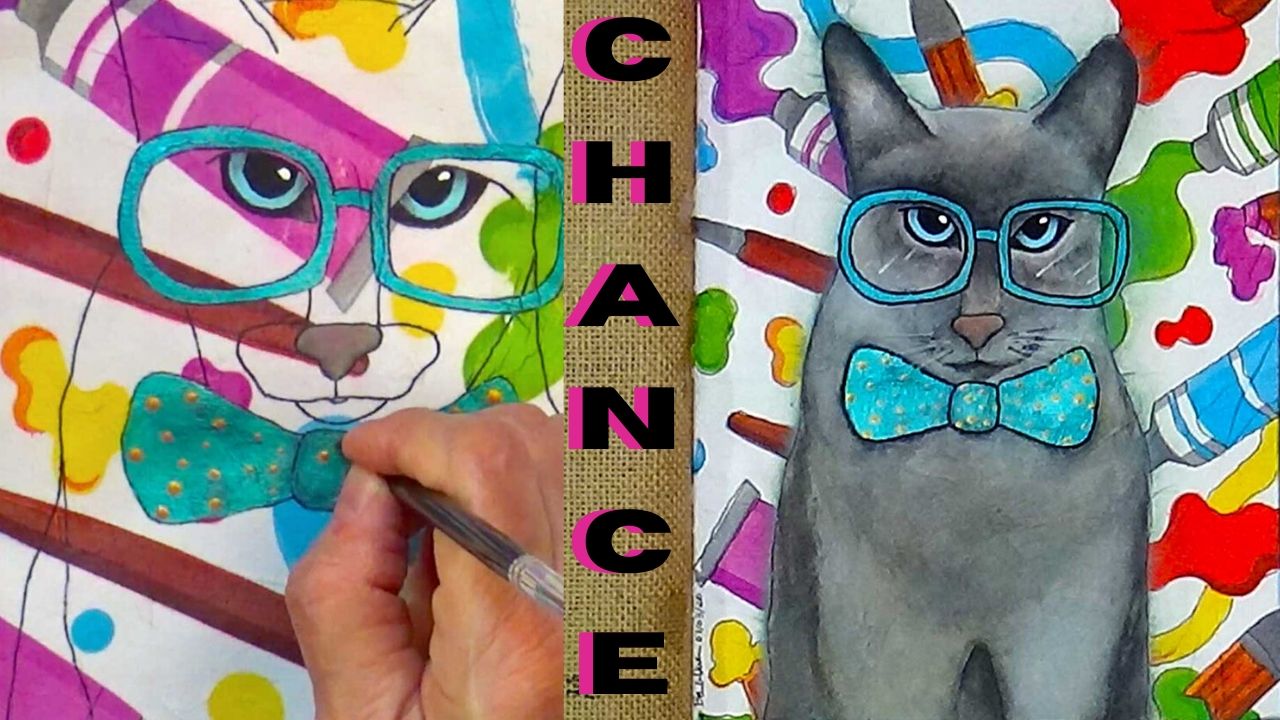