Sewing Machines need the right needle to stitch well. There are lots of choices, so you need to know how to read the needle package to get the best one for your project. It’s easy to understand once you know what the numbers, letters and labels mean. If you prefer to sew by hand, there are lots of choices for you, too. Let’s sort it out so we can get creative!

Every creative art requires tools and supplies. The better your tools, the easier and more fun it is to get creative! Too many times I’ve overheard statements like, “I’ll figure out if I like to do this before I invest much.” While I understand the thought, that choice can quickly lead to a lot of frustration.

Sewing is a wonderfully creative form of expression and you deserve to use quality tools and supplies. Assuming that you have a machine in good working condition, you’ll also need the right needles, which can be confusing with so many choices. If you prefer to stitch by hand, the right needle for the project can make a significant difference in the outcome, too.

Do you know how long the needle has been in existence? The first bone point discovered is thought to be from a needle and dates back approximately 61,000 years ago in South Africa! A bone needle that dates somewhere between 47,000 and 41,000 years ago was discovered in Slovenia. Ivory needles date back 30,000 years ago in Russia. In other words, people have been sewing for a LONG time! Besides bone and ivory, other natural materials used to make needles include antlers and tusks which were used to stitch hides together for warmth.

At one time needles were made from iron but weren’t especially successful as they had to be filed frequently which indicates their poor quality. As wire-making technology developed, needles were created from gold, bronze, and copper. Each had properties that made it desirable for specific needs.

By the early 17th century, steel needles became more common as breakthroughs occurred in the steel industry. Eighteenth century needle-makers heated steel and shaped a cylinder which was then drawn through a series of successively smaller dies to achieve the proper gauge. The wire was then cut into lengths, the end hammered flat, heated and then the eye punched and filed to smooth it. The opposite end was filed to create the point.

Interestingly, at one time needles were not only valued but protected by women. Needles were so highly prized that they were placed in special cases and then attached to their belts.

That’s just a smattering of the history of the sewing needle. It’s enough to encourage a healthy respect for all the folks who invested their time and energy in the creative process that’s resulted in the array of needles we are privileged to sew with today.

Let’s get down to the nitty gritty! What needles do YOU need for sewing? This class will answer that question and a lot more, too.

Don’t forget to download your class notes and I’ll see you in class. 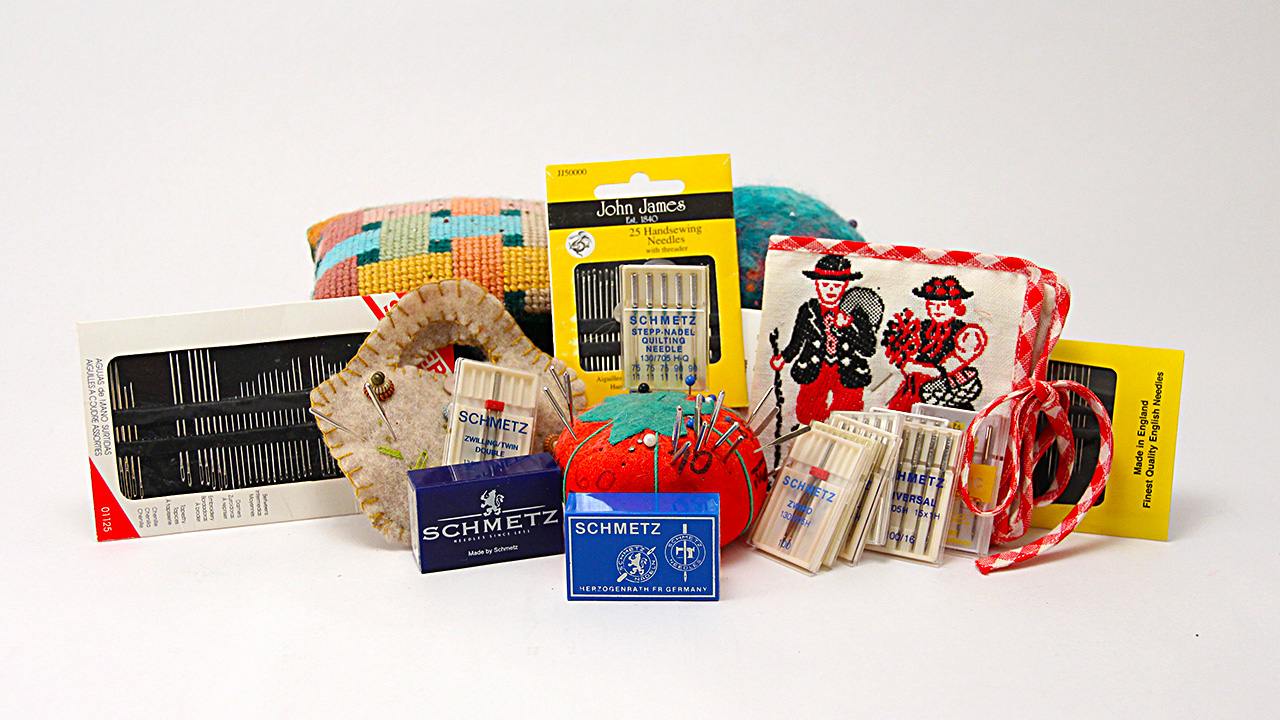