When I begin organizing stuff, I can find the best excuses to stop and make something. How about you? In fact, if I'm in a creative slump (which doesn't happen very often) organizing something is a surefire way to get me going again.

I have a big box of fabric scraps. Some have Fusible Web already attached but most of them are just weird scraps that I find too pretty to throw away. Several months ago during another organizing fit, I separated some of them by color in bags. I thought it would be a quick way to organize for future projects. *Insert uproarious laughter here.* I spent hours sorting and barely made a dent in the box. One of these days, I'm really going to have to part with some of these!

It seemed to me that all these lovely colors would make nice notecards. I began with Blank Pre-folded Notecards, because it's so easy.

From that point, it's a matter of digging in a bag of scraps. For the first card I chose purples. After cutting, layering and playing, I added tiny bits of the complementary color – yellow. By adding yellow bits, the purples become even more interesting.

I love to add stitching, so I dragged out my sewing machine – threaded with my favorite KingTut Thread – and stitched any direction I chose. The goal is to catch every bit of fabric at least 2 times.

I added some Archival Ink around edges of papers and the card, too. After adding some beads, buttons or charms, I attached everything to the notecard.

Words always find their way onto my cards. It's really easy to use Big Chat Stickers from Tim Holtz. 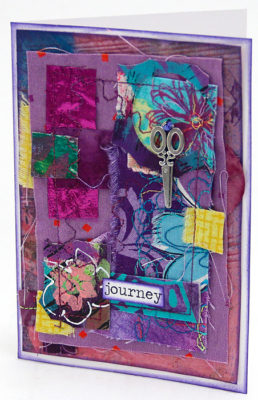 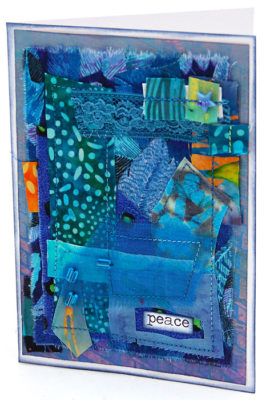 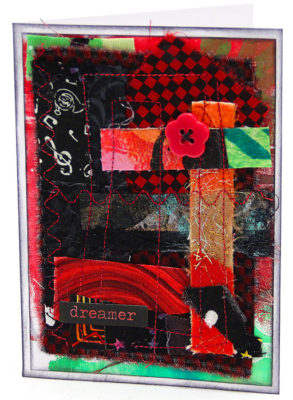 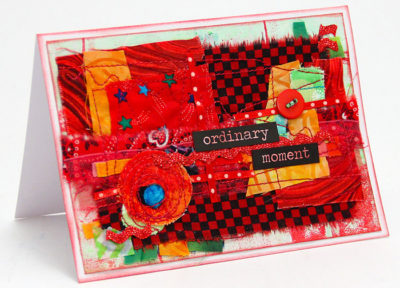 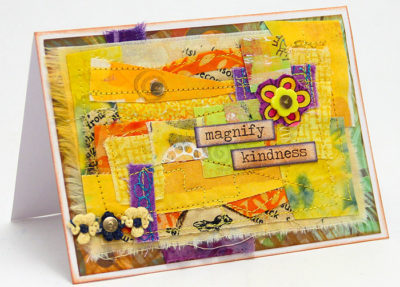 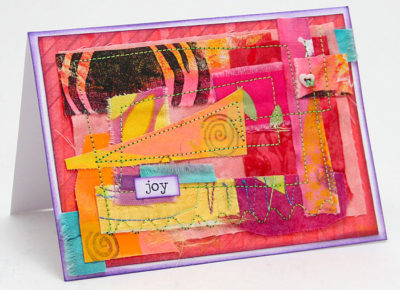 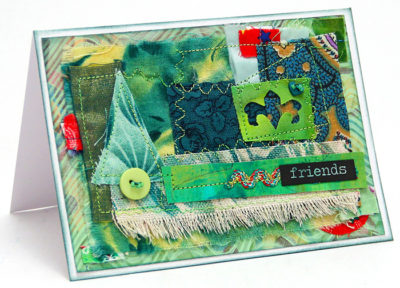 If you make some Scrappy Collage Cards, please share your photos with me @BarbOwenDesigns. I'd love to share them with my followers.

If you make Collage Cards a different way, leave me a comment below and tell me about it. I'd love to learn from YOU!

Please join me next week at 2pm Eastern for another HowToGetCreative.com show known as Drama-free Friday.

Remember to Get Creative today! It's Easy!

PS – We're gearing up for the beginning of Season 04 at HowToGetCreative.com. If you'd like to join us, just click the link and we'll see you there!

How to Create Cards from Old Photos 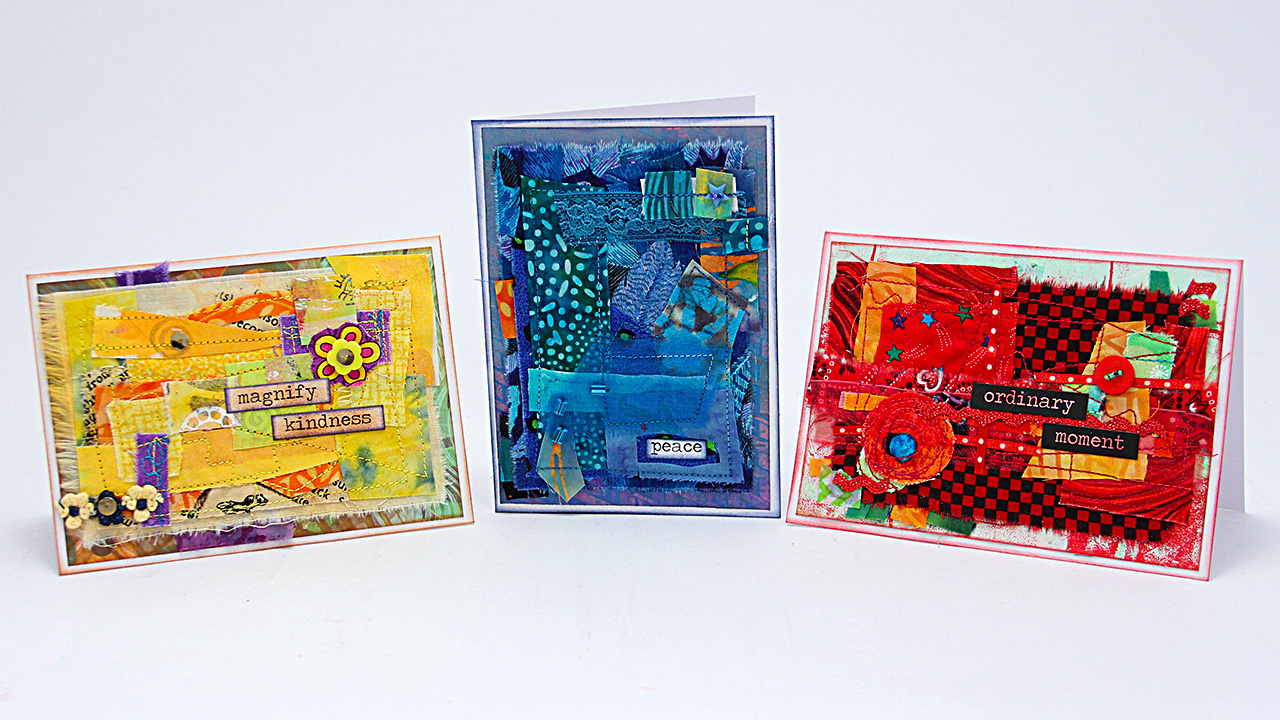