Cut through lots of confusion when buying Scissors - whether for fabric, paper, or crafting. Good tools mean less stress and time spent. Understanding which shears and Scissors are good, and which are great will help you make your best decision for the task at hand. Learning how to care for and clean your Scissors extends the life in them, too. Cut through the confusion by clicking the Play button in the video to join the class.

What you will Learn: 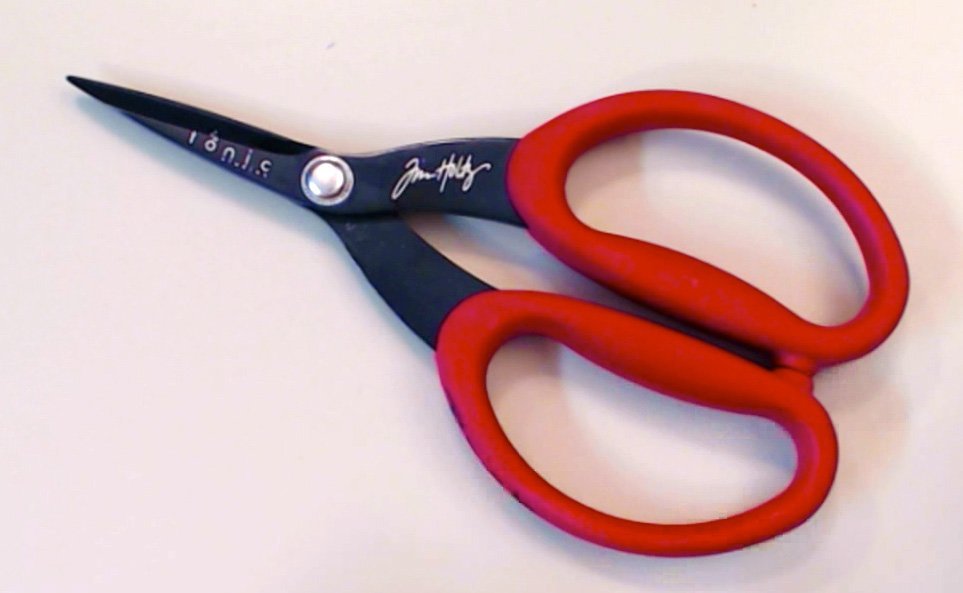 So many choices! Get a great non-stick crafting scissor here. 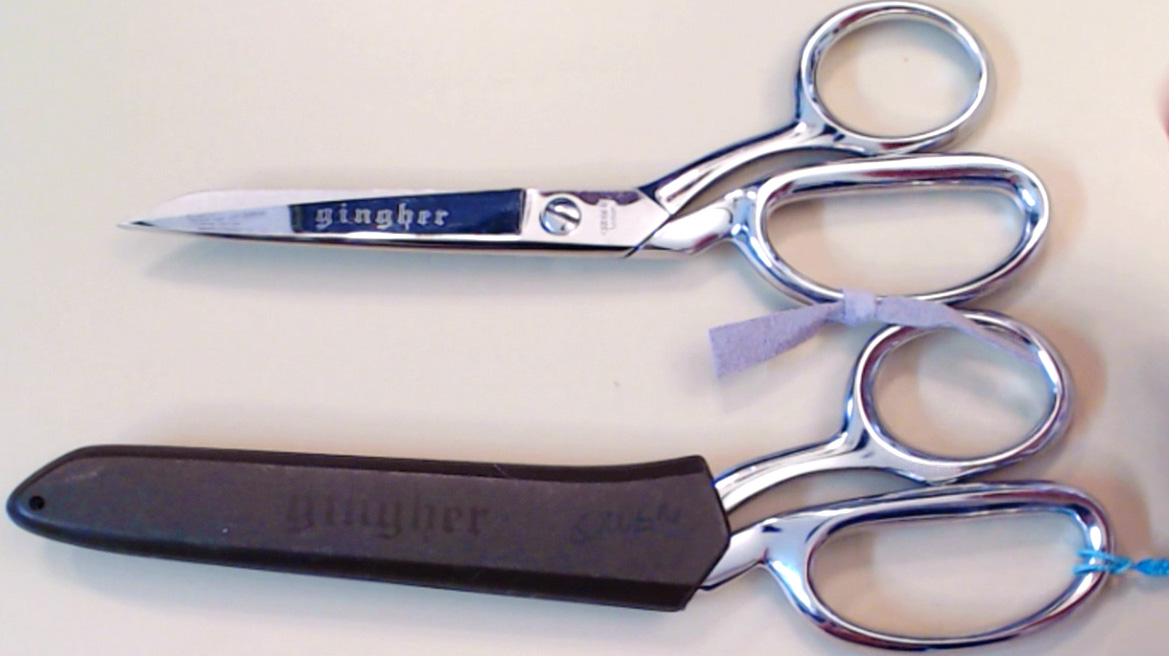 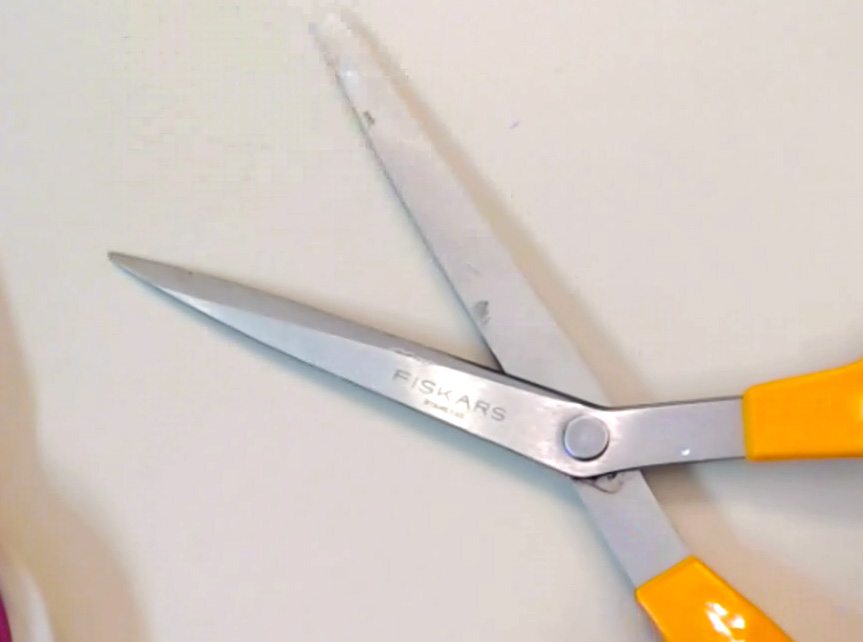 What Happens to Great Scissors?

Scissors and shears don't last forever. What happens when they lose their edge? 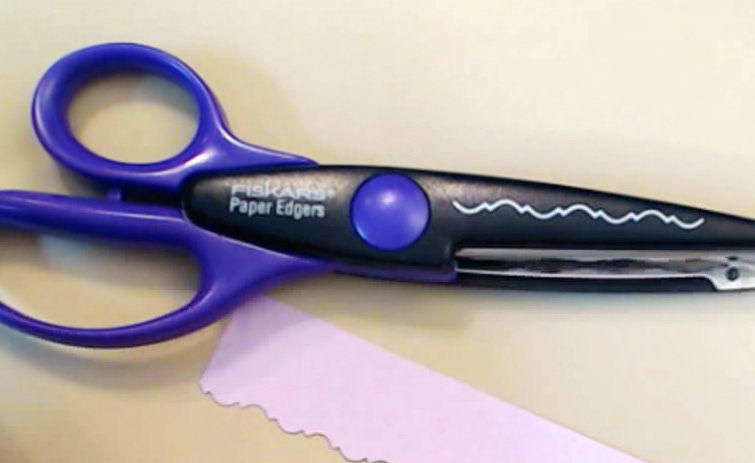 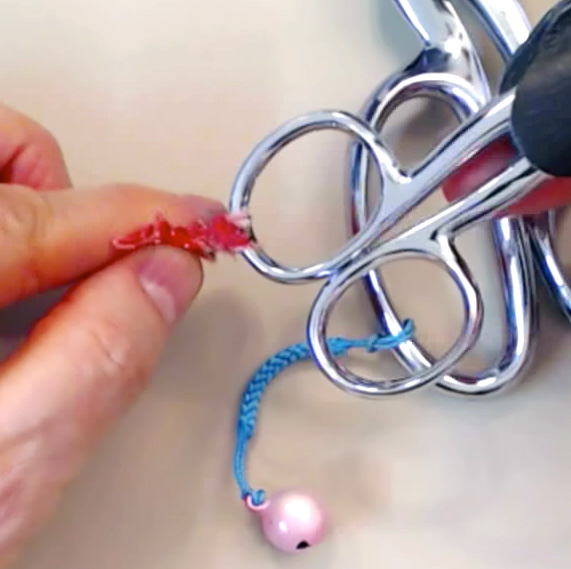 Why do you need to mark your scissors? 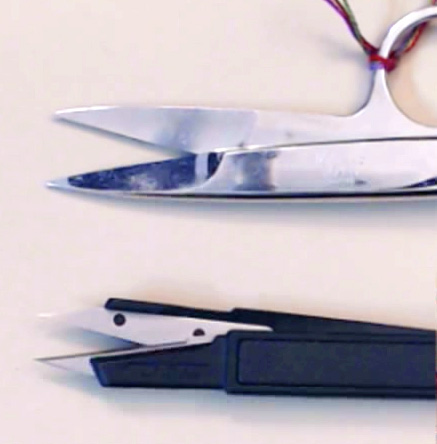 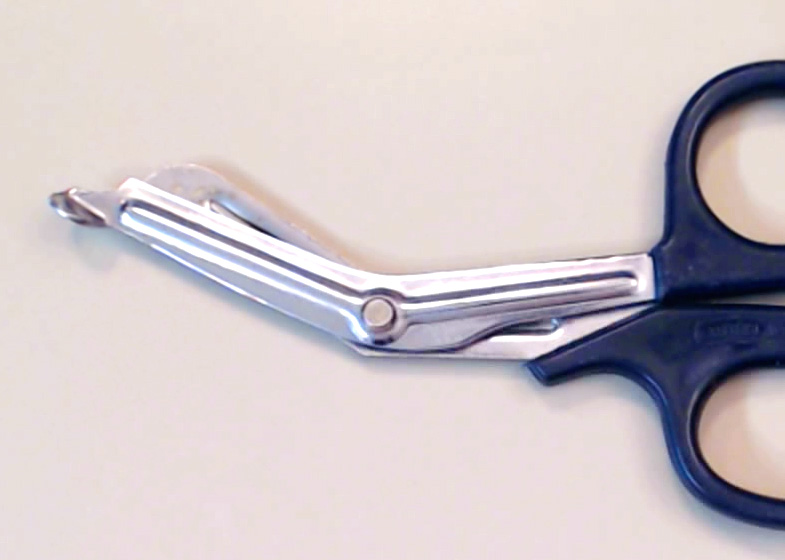 Need a scissor that cuts most anything? This is it! Buy Cut Anything scissors here.

If you experience fatigue while cutting, there are shears and scissors that can help. Buy a helpful shear here. 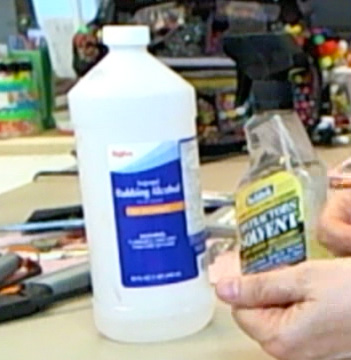 Gunky blades? Learn how to de-gunk . 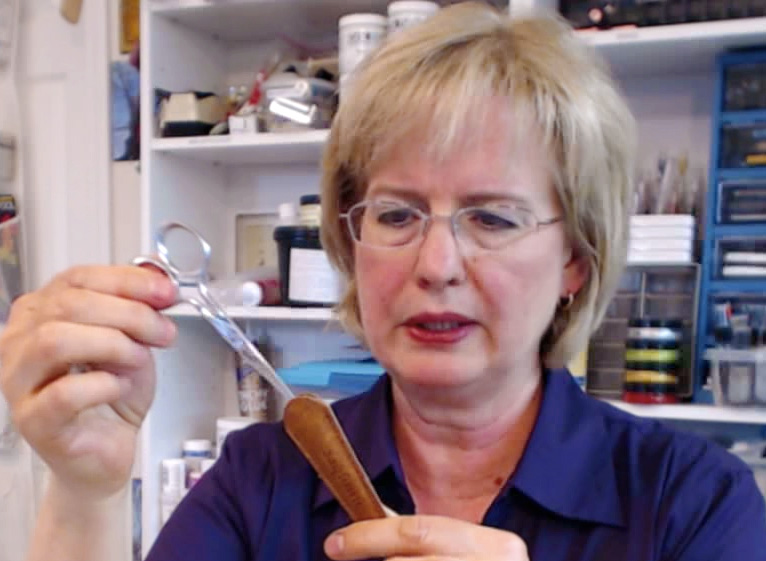 What are Barb's absolute must-have choices in shears and scissors?

Class Supplies you will Need:

Love this scissor! The blades are non-stick which is a must-have when crafting. Get my favorite crafting scissor here.

You need good shears, but you don't have to spend a lot. Fiskars are good and reasonably priced. Get them here.

Small Fiskar scissors are good for fabric or crafts. Get them here.

This is a fun collection of paper shapers for card making and paper crafting. Get them here.

Get the exact edge shape you like with Fiskars paper edgers. Buy them here.

Accurate cutting of heavy fabric requires a heavy duty shear. Get them here.

This odd scissor cuts just about anything. Buy them here.

Of course you need scissors for the kitchen. Get them here.

Wonderful fabric shears! Get them here.

This fabric shear is lighter weight than the 8" and I use them both a lot in my sewing room. Get them here.

Super sharp craft scissor. I've also used them for tailoring. Get them here.

Always use small scissors around your machine. Get a great pair here.

This small scissor with curved tips is perfect to use when embroidering by hand or machine. Get them here.

It's nice to have an alternative to small scissors. Get them here.

Sometimes you just need a cute scissor that really cuts! Get one here.

If you ever have muscle fatigue when cutting fabric, this shear may help you. Get them here.

This 5" scissor is easy on the hands. Get it here.

Do you like to make rag quilts? This scissor really helps with tired hands. Get them here.

This scissor helps prevent cutting background fabric when appliquéing. Get them here.

I love using pinking shears for both fabric and paper. Buy them here.

These scissors are perfect for non-woven fabric edges. Get them here.

This funny scissor really works for cutting buttonholes open after stitching. Get them here.

This takes the truly nasty gunk off your scissors. Get it here.

I always try to clean my scissors and shears with alcohol before trying anything stronger. Get it here.

How To - Buy Scissors + Cleaning and Care:

Did you know. . . Early Scissors made from one piece of metal were found in Egypt dating as far back as 1500 BC?

Modern cross-bladed Scissors like we use today were discovered in Rome as early as 100 AD and are mentioned in guild and artisan association records. The Scissors’ simple design reflects the Romans love of clean lines and simple construction. As the Romans traveled, so did Scissors. Trade routes to Europe developed and a market was established with traders and guild members including tailors and barbers.

After the Roman period, even greater care was given to Scissors’ quality and design. In Mediterranean countries, fancier-styled scissors developed and were sold to people not necessarily associated with guilds.

As calligraphy spread throughout Islamic countries, concave blades were developed to cut paper. Scissors became a part of everyone’s life and not just for the use of tradesmen and the wealthy.

Scissors developed their own mystique as superstitions and household sayings grew in popularity. Just as a forged key was said to hold a blacksmith’s charm, the often accepted lore that hand-wrought tools possessed power was strongly tied to Scissors.

Perhaps as a kid you were told

“You will 'cut off' fortune if you use Scissors on New Year's Day.”

“Scissors should be put away during thunderstorms to decrease the likelihood that the house will be struck by lightning.”

“On Wednesday and Friday, none should use a needle or Scissors, bake bread or sow flax.”

When was the last time you shopped for Scissors? If it’s been longer than 2 years, you’re in for a BIG surprise!! The array of choices is vast and confusing as prices range from a couple of dollars to more than you thought possible to spend on a single pair of Scissors.

To help you cut through the confusion, in this class you’ll learn about choosing the right Scissor for the job. You can’t expect a $10 scissor to cut like a fine $100 cutting instrument. Knowledge helps prevent expensive mistakes.

If you need help sorting out brands, sizes, and how to make wise Scissor choices,  come see a whole table full of Scissors in my studio! Just click the Play button in the video to join the class. 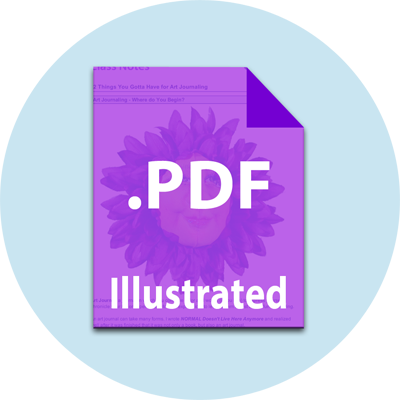 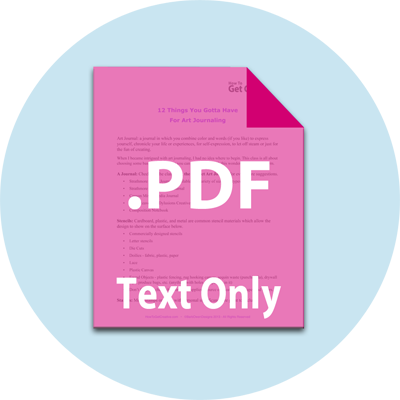 Click the Button Below and become a member of HowToGetCreative.com

Let cut through lots of confusion when buying scissors – whether for fabric, paper, or crafting. Learn how to care for and clean them, too.

How to Use Fantastic Fusibles: Member Class: s01e02 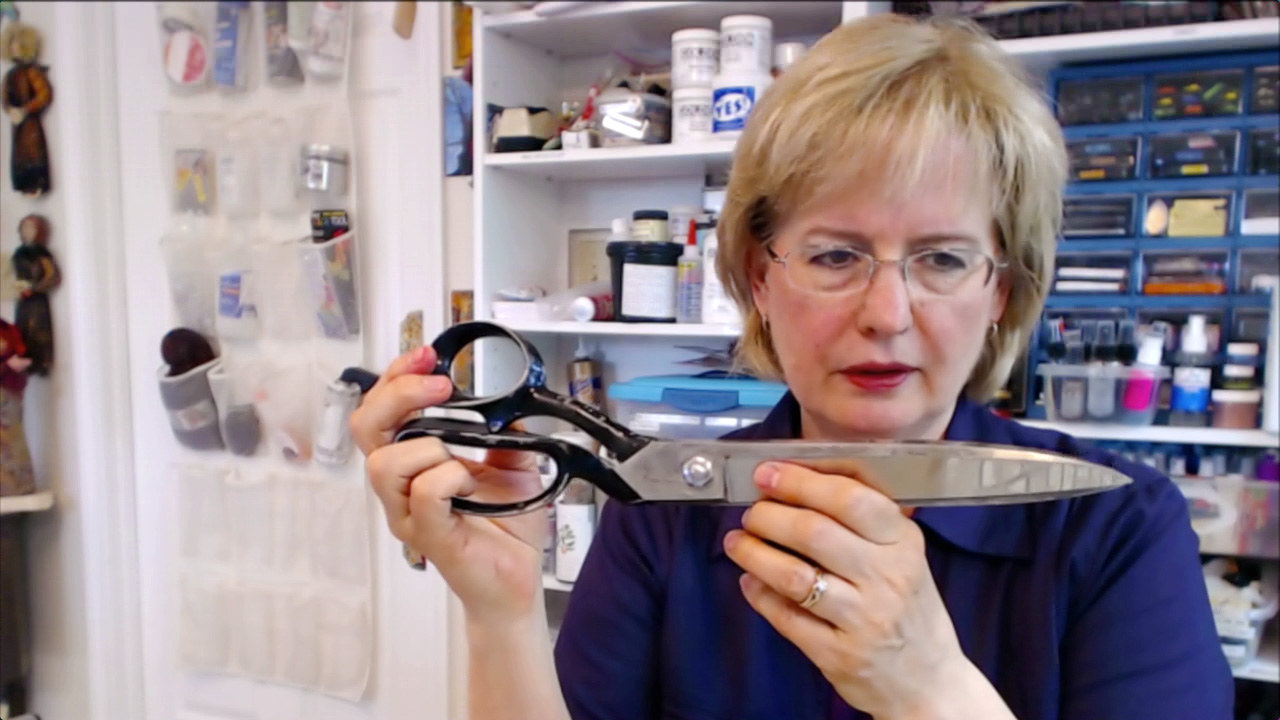