PREVIEW: How to Clean a Sewing Machine – s01e12

Learn how to clean your Sewing Machine. Barb Owen shows you how to clean and maintain your machine to save you money so your machine can stitch creative fun. Just a few well-spent minutes protects your investment and can keep your friend humming along for many years.

Beginning in the late 1700s through the 1800s, the sewing machine made its appearance. It started with a thought from Charles Weisenthal, a German immigrant who lived in London. He took out a patent for a needle to be used for mechanical sewing however there seemed to be no machine to go with the needle! Years passed and the ideas of several inventive men manifested into various machines that included shuttle systems, chain stitches, and barbed needles which evolved into ancestors of the machines we are privileged to sew with today. Several of the inventors, although deeply committed to their machines, met with hard times and sadly died as paupers.

As with any new concept, the race was on to secure patents. Arguments and lawsuits erupted and tradespeople (craftsmen tailors) did everything possible to thwart any forward movement of the “thing” that threatened to replace them. Machines were not well received for a number of years, but determined men continued to refine their prototypes as they pursued their dreams.

The sewing machine, as we know it, appears to have been invented by John Fisher in 1844. His machine was designed to produce lace, but it was in fact a working sewing machine. Unfortunately, Mr. Fisher is overlooked for his important contribution as the filed patent was apparently mishandled. Elias Howe created his first prototype, also in 1844, just shortly after Fisher.

Although Howe valiantly tried to garner interest in his sewing machine, there were no takers. Tailors acknowledged that the machine drastically reduced the time required to sew, but they refused to embrace the new fangled threat. Howe and his brother ended up in England where William Thomas bought the rights to the invention and arranged for Howe to continue developing the machine.

Howe, nearly penniless, returned to America and realized that during his absence the sewing machine had gained acceptance, and dozens of manufacturers were making machines without regard for his patent. Isaac Singer built the first commercially successful sewing machine in the 1850s which led to lengthy lawsuits between Singer and Howe as the two men quarreled in court over who invented what. In the end, both Singer and Howe died very wealthy men.

After reflecting about this very brief history of sewing machines, I feel even more compelled to care for the machines in my studio. Regardless of age or purchase price, each deserves to be kept clean and in good working condition.

Let me give you some tips and tricks for caring for your sewing machine. Don’t have a machine? Maybe it’s time to get one. 😉 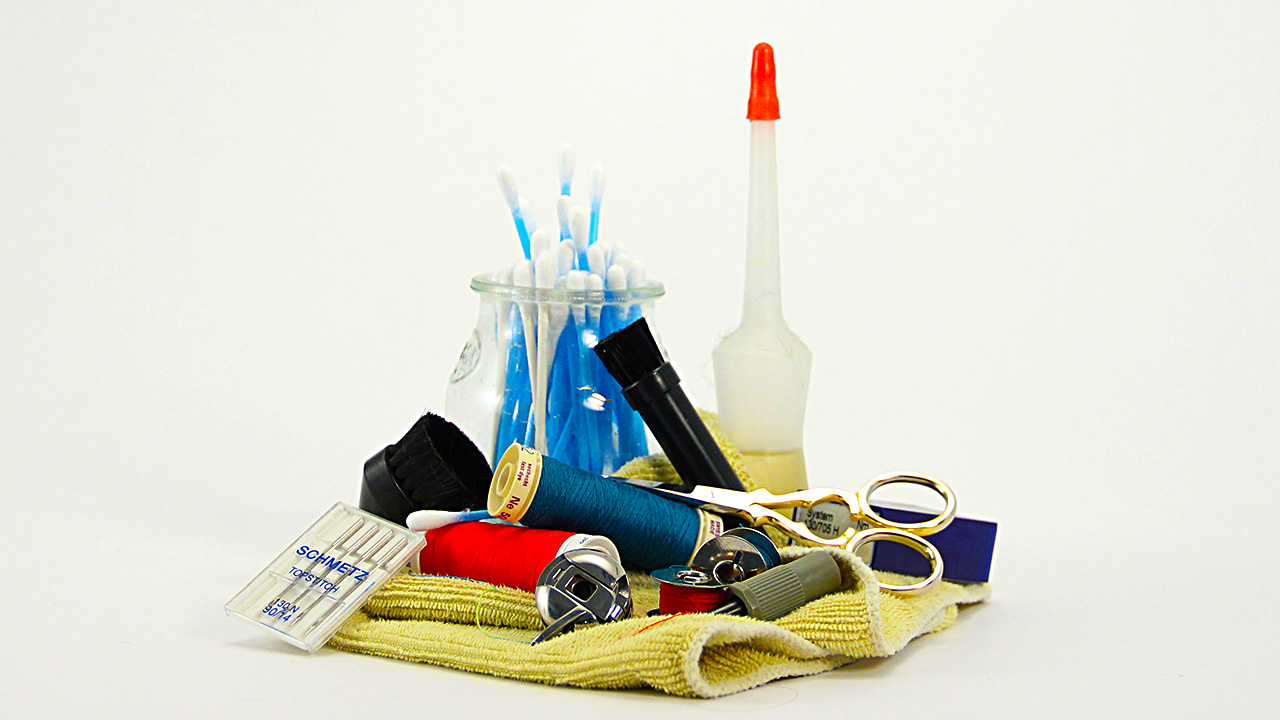