Cooler weather always finds wood chips flying in my studio. For once, I'm not the cause of this creative mess. 😉 My husband, also known as Clausman, is the wood carver. Although he has carved hundreds of pieces including carousel horses, fantasy and realistic birds, dogs, and hillbillies, he is probably best known for his Santa figures. If you were wondering where his nickname “Clausman” originated, now you know.

If the wood chips are flying, that means my paint brushes will be dusted off and called into service as I'm the other half of Team Santa. We create a very limited number of Santas each year and I thought it might be fun for my viewers on Drama-free Friday to watch 2 of this year's guys come to life.

Clausman spends many hours revealing the Santa that hides within the block of northern Basswood. Sometimes these guys can be stubborn, too! If you don't believe it, you should here some of the muttering that goes on at the carving bench. 🙂

After Clausman is finished carving, the figures patiently wait in line until I have time to add their clothing and faces. I never know how they will be dressed until I pick up the brush and begin painting. Before Drama-free Friday began, I painted all parts of each carving with a base coat of acrylic paint. As you watch the video, you can see the process I use for their faces. Each one has his own expression because they are quite opinionated! After all these years (more than 25) creating Santas, I've learned to listen to their demands because if I don't, I will end up repainting until they are happy.

I briefly showed you how I add shading to the rest of each piece. Then, comes the fun part – the accessories! Sometimes, Santa wants a companion (like the rabbit) which Clausman hand carves from the same kind of wood. Other times Santa needs a walking stick to help him get through the snow or a hand carved pipe. Occasionally you can tell by the twinkle in his eye that he's a little ornery! Notice the snowball Santa holds behind his back. 😉 It's not unusual to find a wire sculpted gemstone incorporated somewhere, too.

When each Santa is satisfied with the painting and his accessories, he's ready for several finishing varnish coats, his name and story that accompanies each one. After a photo session, Santa is ready for his new home.

Below you'll see photos of the finished Santas that I began during the LIVE show. Be sure to click on the image to see the details. 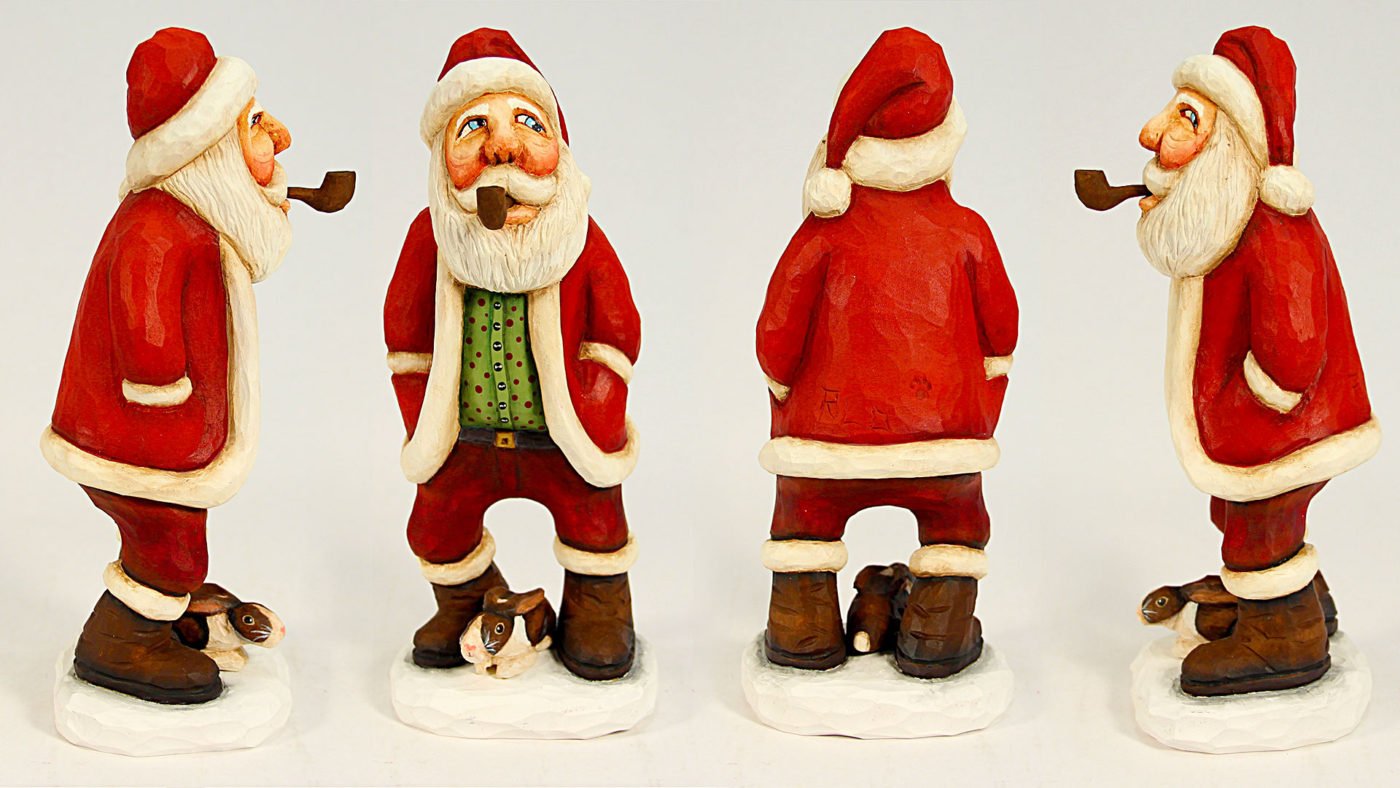 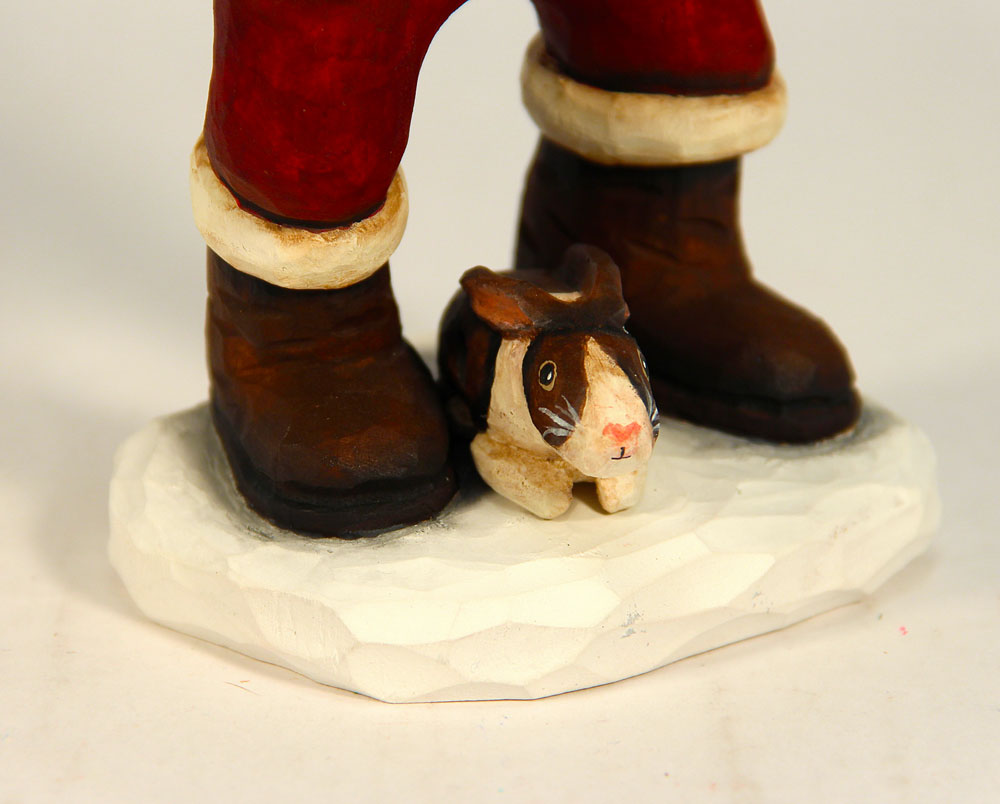 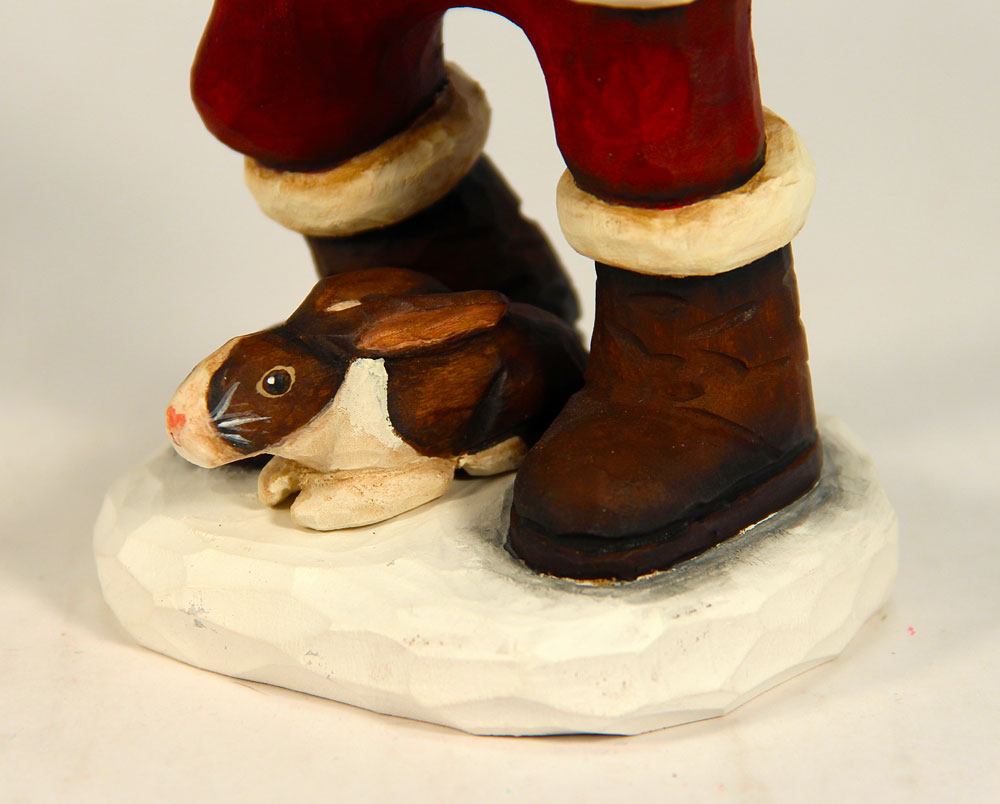 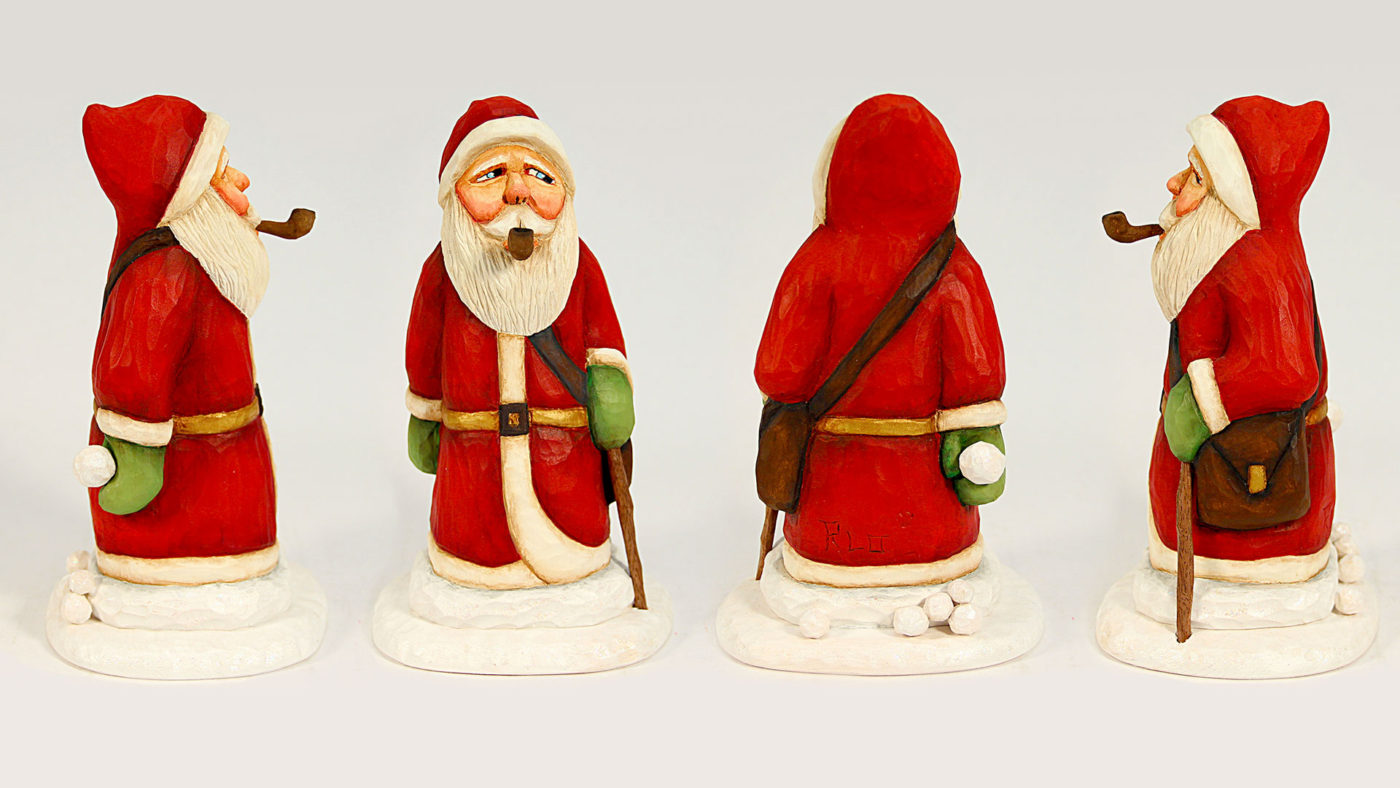 Please join me each Drama-free Friday at 2pm Eastern. Come chat and create with me!

Remember to Get Creative today! It's Easy!! 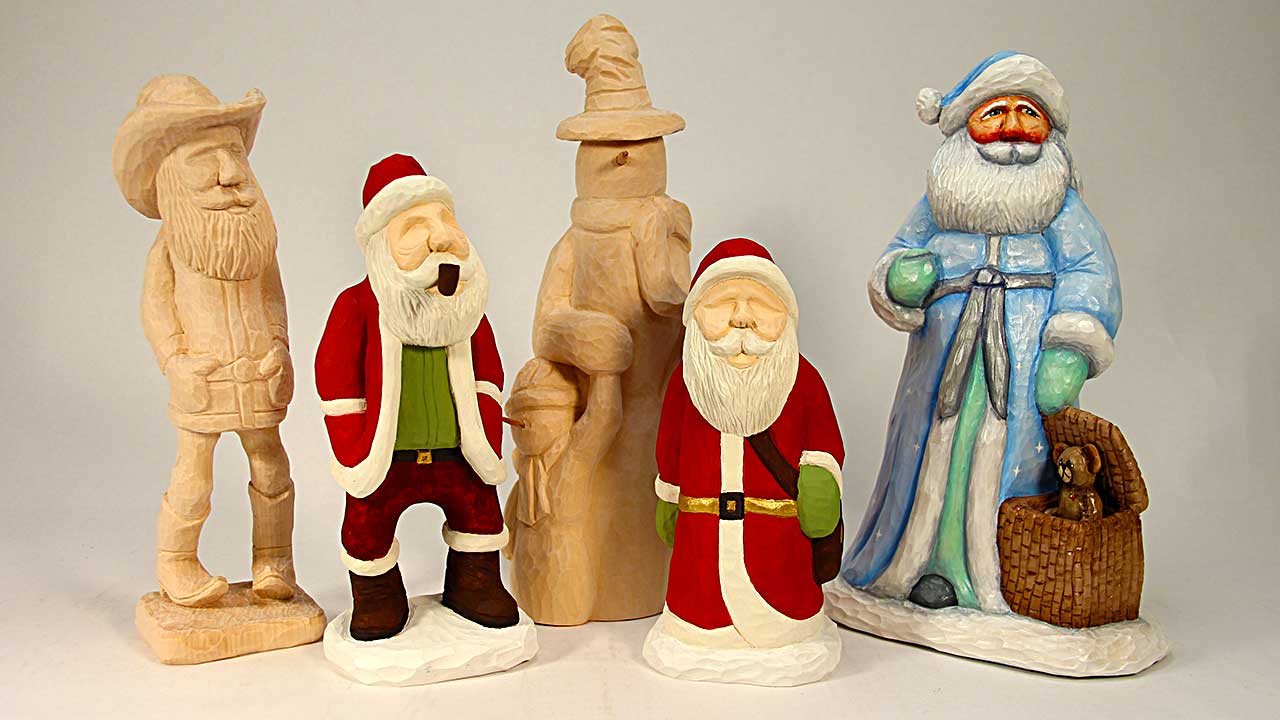